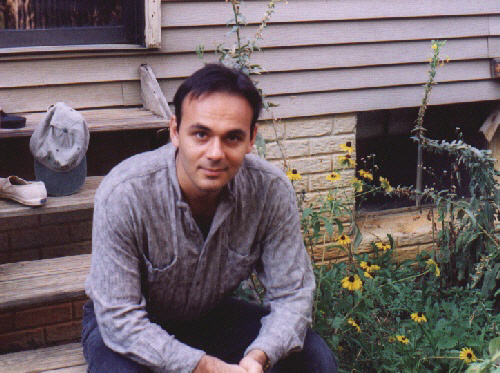 KHASHYAR DARVICH Co-Produced, Co-Directed, and Edited Wakan Films' (and The Hunter Neil Company's) Telly Award and multi award-winning National Television documentary, "Black Hawk Waltz: Tales of a Rocky Mountain Town," about an eccentric Colorado mountain town, a true-life "Northern Exposure." Khashyar is currently producing and directing a documentary about a woman called Peace Pilgrim, who walked 25,000 miles across America from 1953 until she died in 1981, all in the name of peace. The Peace Pilgrim documentary should be ready for television broadcast in 2000. Along with producing other documentaries, Khashyar has also written four feature screenplays including one about Iranians in America ("Farewell to Rumi") which he is producing and preparing to film, another about a quadriplegic with multiple sclerosis who travels through time and space and ultimately heals his spirit ("Stars like Angels"), a Native American western about the Jicarilla Apache of New Mexico ("Many Hidden Fires"), and an erotic Christian comedy-drama about a relationship between a divorced man and a dancer ("Stripping for Jesus").

Khashyar is also focused on personal writing projects. He has taught creative writing at the university level and worked for years as a newspaper reporter. He currently lives in both Gaithersburg, Maryland (near Washington D.C.) and in California. 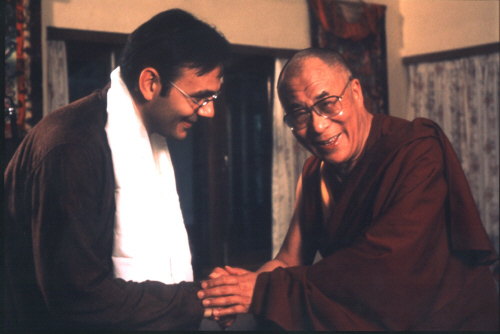 (above) Khashyar receiving a blessing scarf from the His Holiness Dalai Lama after the July 1999 filmed interview for Peace Pilgrim. 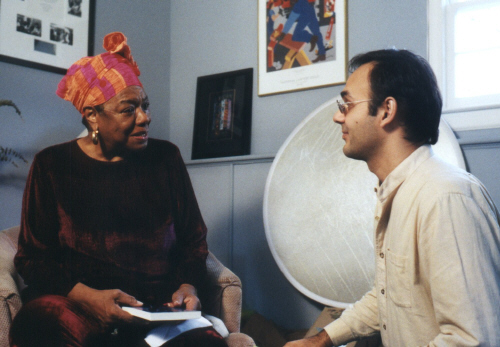 (above) with poet, writer and filmmaker Dr. Maya Angelou during the December 1999 filming for the Peace Pilgrim documentary. 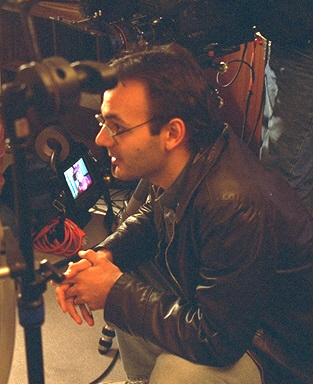 TO Wakan Films HOME PAGE?   Or read the detailed bio below? 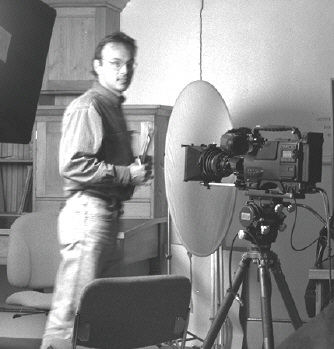 Khashyar Darvich was born in Washington D.C. in 1966, and then moved to the beautiful northern mountains and coast of Iran where he lived for four years. After moving to Dayton, Ohio in 1970, Khashyar and his family moved to Oxford, Ohio in 1972 when he was 6-years-old, so that his father (Djamchid) could begin a Ph.D. program in Political Science at Miami University. Khashyar graduated in the top of his class from Talawanda High School (in Oxford) in 1984, where he studied drama and wrote and directed a one-act play, "The Coming of the Fish."

He attended the Western Program at Miami University from 1984-1986, taking film and liberal arts courses. In 1987, he transferee to Baldwin-Wallace College near Cleveland where he majored in English/Creative Writing and graduated in 1991.

He then moved to Colorado and worked as a reporter and then started his film production company, Wakan Productions, which is producing several "features" and documentaries. Wakan" is a Lakota Sioux word meaning "in the spirit of the Great Spirit" or "having qualities of the Great Spirit." Khashyar believes it is important to incorporate spirituality into every project he is involved in.

He met Dennis Aig, his co-director/ co-producer on their nationally-televised documentary film, "Black Hawk Waltz: Tales of a Rocky Mountain Town," in the Denver airport where they were both flying to L.A. with scripts in hand. Khashyar was having Hollywood actors read for his western script, "Many Hidden Fires."

One of his current projects, "Farewell to Rumi," a script that he wrote about an Iranian-American family, Sufism and poetry, is based mostly on Khashyar's experiences as a youth while growing up in Ohio.

He has written five film scripts, one novel, and hundreds of poems. He began writing in high school, where he would write poetry and songs in his journal during slower periods in his classes.

He has spoken with a stutter for most of his life, but has achieved what he has wanted, including teaching creative writing at the University level, reporting, and producing and directing films. He believes that nothing can stop a person who is determined, and that inner vision, clarity, drive, and working with spiritual truth are the most important factors in achievement.

He currently lives in both Gaithersburg, Maryland (near Washington D.C.), and in California.

His parents, Charlotte and Djamchid, and sister Ketayoun live in and around Washington, D.C.

TO Wakan Foundation for the Arts HOME PAGE